Fauna at a Glance

The Vale of Chitral is located at the extreme north west of the country making a long stretch from north to south drained by River Chitral. The elevation and climatic conditions vary across the valley facilitating occurrence of different species and associated habitats. The main valley is naturally divided into many smaller side valleys mostly drained by streams and nullahs to the River, surrounded by high mountains. These valleys contain a vast diversity of species including mammals, birds, reptiles, amphibians, fishes and invertebrates. Whereas the surrounding mountain ranges restrict free human access, they are facilitating wildlife movements across the region. Vertebrate fauna of the region includes 42 mammals, 200 birds, 13 reptiles, 3 amphibians and 11 fishes.

Some of the most iconic, enigmatic and imperiled large mammals are present here. Around 42 different species of mammals are known to occur in the region which belong to different taxonomic groups of the class. The list includes carnivores like Snow Leopard, Himalayan Brown Bear, Asiatic Black Bear, Common Leopard, Grey Wolf, Himalayan Lynx, Freshwater Otter and many others. While game species of the area include Markhor, ibex, cape hare and Afghan Urial. 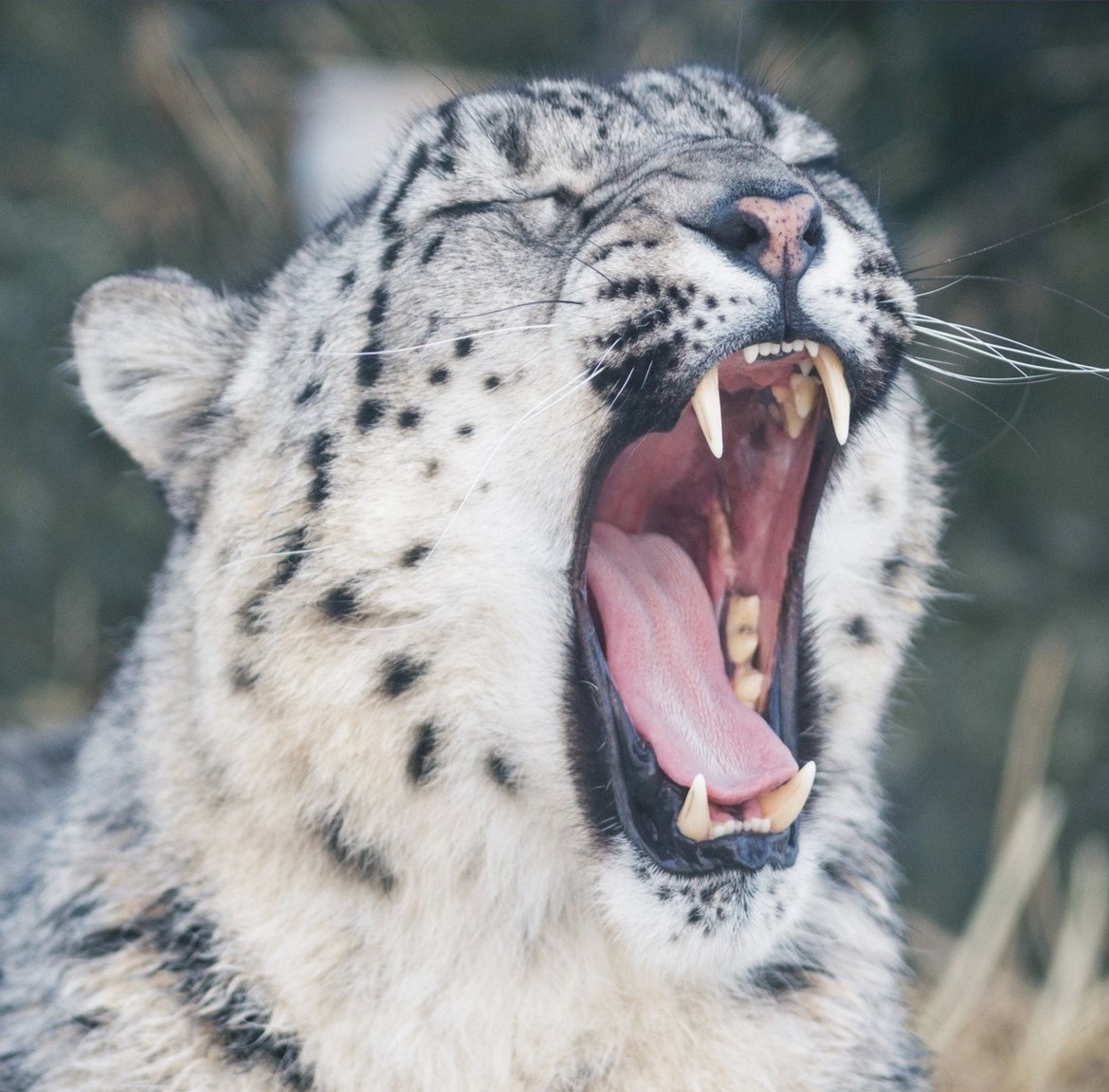 Snow Leopard (Panthera uncia uncia) is one of the rarest of the big cats inhabiting the high mountain ranges of Central and South Asia. Chitral has got a historical importance when it comes to snow leopard as the first photograph of snow leopard was taken here in the Chitral Gol National Park by Dr. George Beals Schaller in 1971. Later in 2008, BBC World filmed the first documentary of wild snow leopard here in the same area, making the world aware of its mysterious nature. The species is listed as vulnerable in the IUCN Red List of species, while in the National Red list of Mammals of Pakistan it is placed in the critically endangered category. Scientifically sound population estimates nonexistent, anecdotal surveys and expert opinion indicate 200-400 cats may be present in the country. Hindu Kush mountain range is among the prime habitats of the species. Research indicates, in the face of drastic risks such as climate change this area would be the future’s secure home for the survival of the species. 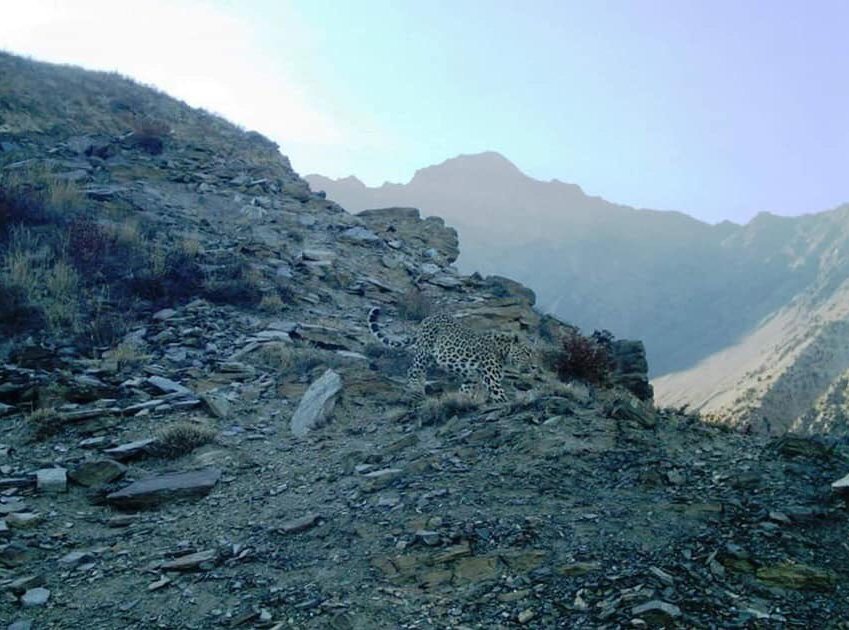 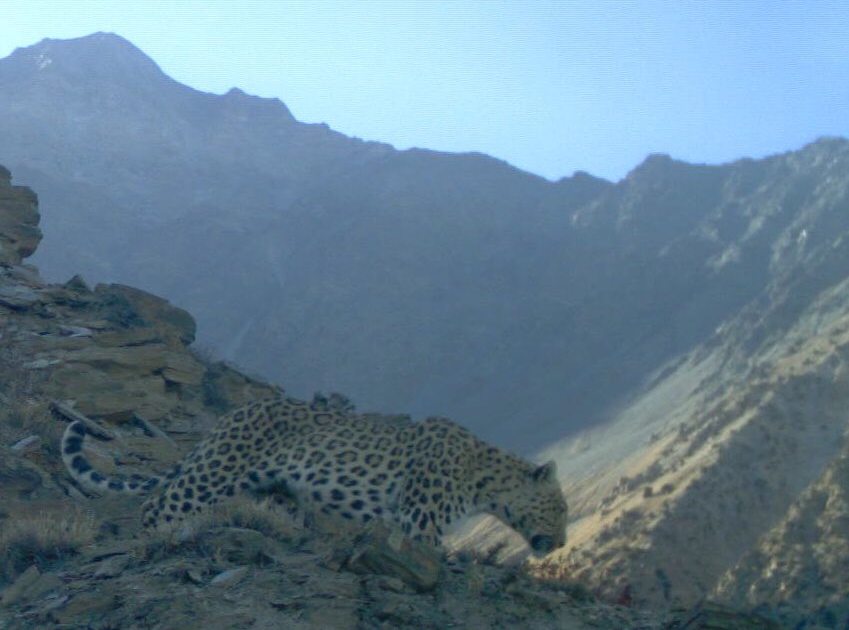 Common Leopard (Panthera pardus¬) is native species in Pakistan which is distributed from the plains of Punjab to the limit of Himalayan forest region. Due to its adaptability to varied environmental condition and ability to exploit wide range of food resources the species thrives in large areas. Four subspecies have been reported from Pakistan. Common leopard is more common in Himalayan moist forests of Galiyat in Hazara division, Azad Jammu and Kashmir, dry temperate forests of Chitral and Swat and surrounding areas. Currently the species has been reported from high altitude areas like Passu in Gojal valley of Upper Hunza region. The species roams in Chitral Gol National Park and surrounding areas. 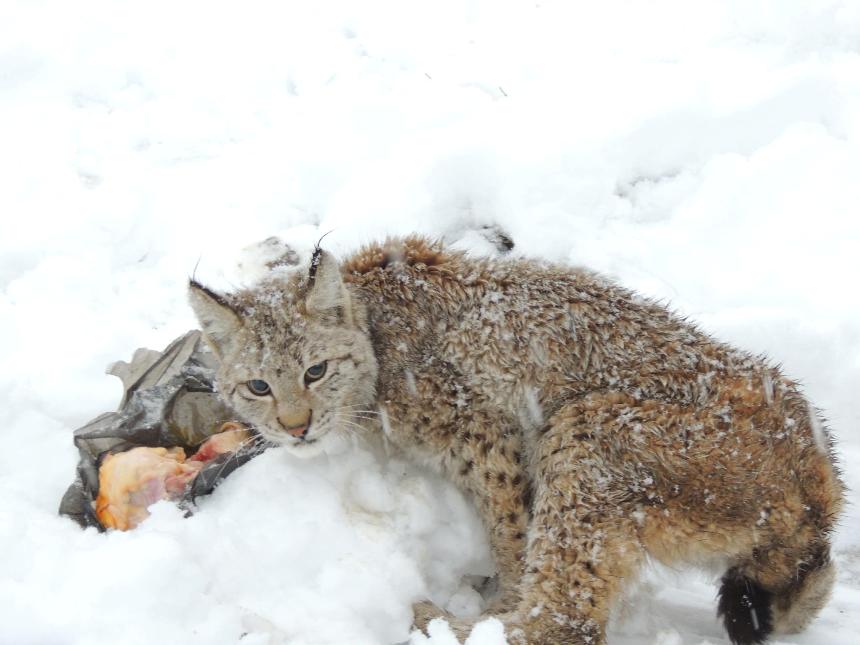 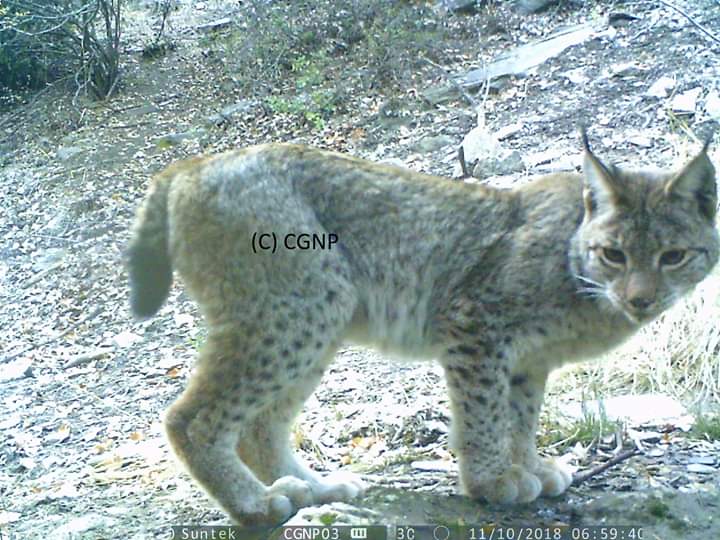 Himalayan Lynx (Lynx lynx isabellinus) also known as Eurasian lynx is a small felid with long ear tufts, short tail with black tip making them very distinct from other sympatric predators. It’s the largest among the three subspecies of lynx found in the world. It inhabits areas from thick scrub woodlands to rocky, barren areas above tree line. Himalayan lynx has the widest distribution range of all cat species. Lynx occurrence has been recorded at an elevation of 4500 meters. In Pakistan, detailed information about its abundance and distribution are limited. Studies have revealed it’s present in the dry temperate forests of Chitral and as high as the pastures of Mastuj Valley.

Himalayan Brown Bear (Ursus arctos isabellinus) is one of the eight subspecies of brown bear in the world. It’s an intimidating, stout and fluffy in appearance, with strong power of smell and comparatively nearsighted animal dwelling in the northern parts of Pakistan. It is sparsely distributed, and the population is scattered in small patches across the Himalayas, Karakoram and Hindu Kush. Largest Population is found in the Deosai Plains currently exceeding 70 individuals. Many small to large metapopulations exists in Chitral e.g Bumborate, Birir, Laspur, Broghil National Park, Golen and Madaklasht valleys.

Asiatic Black Bear (Ursus arctos thibetanus) is black in color with a distinct white or creamy “V” mark on its chest. Usually found in the forests of mountainous areas up to an elevation of more than 4000 meters. In Pakistan Asiatic Black Bear is found in the moist temperate forests of Himalayan range starting from Neelum Valley to Hazara, Siran Valley, Kohistan, Swat and Chitral. Its population is scattered in small patches in different areas. In District Chitral small isolated populations are reported from Arandu, Jinjret, Shishi-Koh etc. Literature shows, once black bears were inhabiting Chitral Gol National Park and the surrounding areas. Killing, capture for bear baiting and habitat destruction resulting from forest fires contributed to their extinction locally.

Wolf (Canis lupus) is the largest of among the members of Canidae family. Among the 32 species three are known to occur in Pakistan. Thought distribution of the subspecies is not clearly known, they may co-occur in the same region. The Tibetan wolf (Canis lupus chanco) is believed to occur in the high-altitude mountains and rocky valleys of Chitral, Hunza, Swat and the surrounding areas. Research indicates that Chitral Gol National Park and surrounding areas are one of the strongholds of this species. They are not adapted to the steep mountains like the felids to prey on the wild ungulates like Markhor and Ibex, hence mostly depend on small mammals and livestock thus causing a significant economic loss to the communities.

Flared horned Markhor (Capra falconeri falconeri) and Himalayan ibex (Capra sibirica ibex) thrives in the mountains and pastures of Chitral. Currently Chitral hosts the largest wild population of Markhor in the world. Community based conservation efforts has resulted in the population expansion of these ungulate species and generating economic benefit in the form of trophy hunting for the communities.

Markhor population is confined to the areas of lower Chitral, in the forested patches of oak and deodar below an elevation of 3000 meters. They are also found in other valleys such as Sheshi, Gehrait Gol, Chumurkhan Gol, Koghuzi and lower reaches of Golen Valley.

Himalayan Ibex (Capra sibirica ibex) dwell in the arid and rocky mountains of Hindu Kush and Karkoram. In Chitral the species is distributed in the high pastures of Mastuj, Lotkoh, Yarkhoon, Terich and Torkhow Valleys.

Landscape of Chitral is a junction point between the different surrounding areas for avian fauna. The area serves as a native, transitory, migratory, breeding and staging ground for different variety of birds. Literature based survey shows the area is home to 200 species of birds. These birds can be grouped into summer visitors, passage migrants, residents and breeders. Avifauna of the area include 18 raptors consisting of hawks, falcons, eagles, marlins, owls and vultures. Birds contributing directly to the national economy include seven (7) species of pheasants and many species of ducks and water birds.

© 2019 UoCh. All rights reserved | Design by University of Chitral